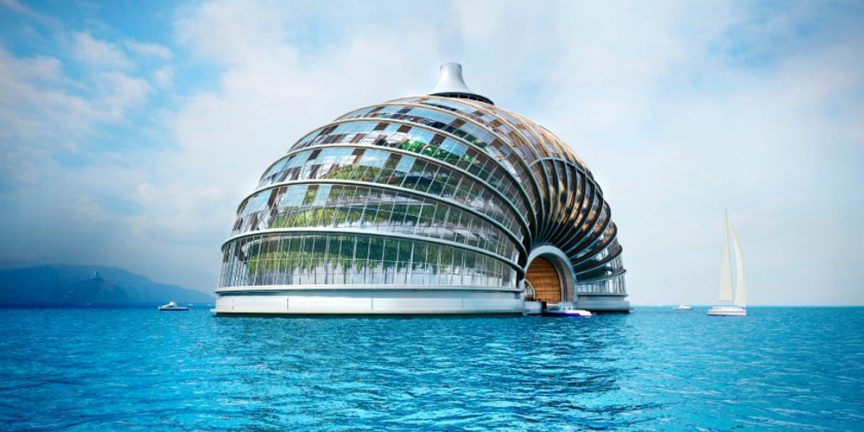 Travelling the world offers many unique, once-in-a-lifetime experiences, but why not guarantee that you’ll have a vacation you won’t soon forget by spending a night or two in an unusual hotel?

Here are some of the world’s most unusual hotels.

Based in promising Amsterdam Noord, the Crane Hotel Faralda is a three-suite property housed in a converted crane and offers spectacular views of the city.

Equal parts opulent and obscure; the Crane Hotel Faralda is perfect if you’re looking for something different, but best avoided if you’re not a fan of heights!

A Victorian-era fort originally built between 1867 and 1880 to protect the port city of Portsmouth from an attack from Napoleon III, No Man’s Fort in Solent, Portsmouth has been transformed into a luxury hotel with 22 bedrooms, a penthouse suite housed in the lighthouse, a nightclub, hot tub, and laser quest arena.

Even though the surrounding area offers no obvious attractions, the owners created SiloStay in the hopes that the location and aesthetics of the silos encourage peaceful introspection.

Located on the magnificent salt flats of Uyuni, the Palacio de Sal – or Salt Palace – is constructed entirely out of salt, including much of the furniture.

Taking the term ‘dog lover’ to a whole new level, the Dog Bark Park Inn located in Idaho is owned and operated by chainsaw artists and the bed and breakfast is housed within a 3m beagle.

Sleeping four people in total, guests enter the body of the beagle through a second story deck and of course its pet friendly!

With accommodation ranging from rooms with a waterfall cascading from the apex of the roof to secluded forest lodges, the Magic Mountain Hotel offers an unforgettable experience.

The first Icehotel was opened in Jukkasjärvi, Sweden some 20 years ago and every November ice from the frozen Torne River is fused with snow – ‘snice’ – to recreate the hotel.

With a newly themed suites designed every year, the team behind the Icehotel opened their first permanent hotel, ICEHOTEL365, just opposite the site in 2017.

Constructed from monumental titanium ribbons, the structure is avant-garde in its approach and offers a separate spa wing.