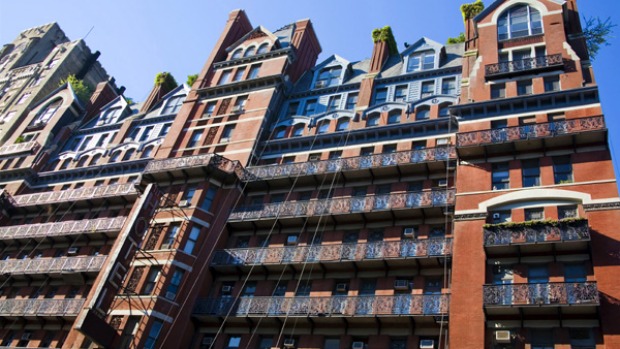 Also known as the Chelsea Hotel, thanks in part to the famous song written and sung by Leonard Cohen, is situated in Manhattan, in New York City. It was built between 1883 and 1885 and has 250 units available, all of which have at some point been home to some of the best actors, artists, musicians, and writers in the world.

Although the Hotel Chelsea no longer accepts new long-term residents, those who lived there before this change in policy remain. The building is a breathtaking mix of the American Queen Anne and Gothic Revival architectural styles and was declared an NYC landmark in 1966. In 1997 it was added on to the Register of Historic Places.

William Burroughs was part of the Beat Generation, a literary movement started in 1948 by a group of authors, including Allen Ginsberg and Jack Kerouac. They explored and heavily influenced American culture and politics in the post-war era.

Burroughs started living at the Hotel Chelsea in the 1950s and a lot of his groundbreaking 1950 novel, Naked Lunch, was written during this time.

The Beats’ extraordinary enthusiasm for illicit drugs was met with remarkable tolerance by Stanley Bard, the former owner and manager. He has been quoted as saying that he believed that everyone had the right to do as they pleased as long as they didn’t destroy his property.

Rumour has it that Robert Zimmerman’s name change to Bob Dylan was inspired, in part, by his fellow Hotel Chelsea guest, Dylan Thomas. The singer-songwriter also penned a tune in 1976 to his then-wife Sara Lownds, Sad-Eyed Lady of the Lowlands.

The Hotel Chelsea’s entrance bears assorted plaques honouring former residents, but the best-known one is the one dedicated to the Welsh poet Dylan Thomas. It was while living here that he worked on the final version of Under Milk Wood and it’s where he died in 1953, just before its release, aged just 39-years.

Legend says that Thomas fell into a deep coma after drinking 18 whiskies in a row but the truth is much more mundane. He suffered from diabetes and it was bronchitis and pneumonia that felled him.

Two Great Singers Hooked Up There

A great many songs have been written about this hotel, written by musicians as gifted as Jefferson Airplane, Joni Mitchell, and Nico, but the most beloved is certainly Leonard Cohen’s Chelsea Hotel No. 2. It appeared on his 1974 album, New Skin for the Old Ceremonies, and describes an amorous encounter he was involved in at the Chelsea.

More than 30 years after the song was released, Cohen was finally pressed into revealing who the lover who inspired the track was. It turned out to be fellow habitué and singer Janis Joplin, who passed away four years after he wrote Chelsea Hotel No. 2. Cohen said that while he was sure that Joplin wouldn’t have had a problem with his telling the world her name, his mother would be appalled!