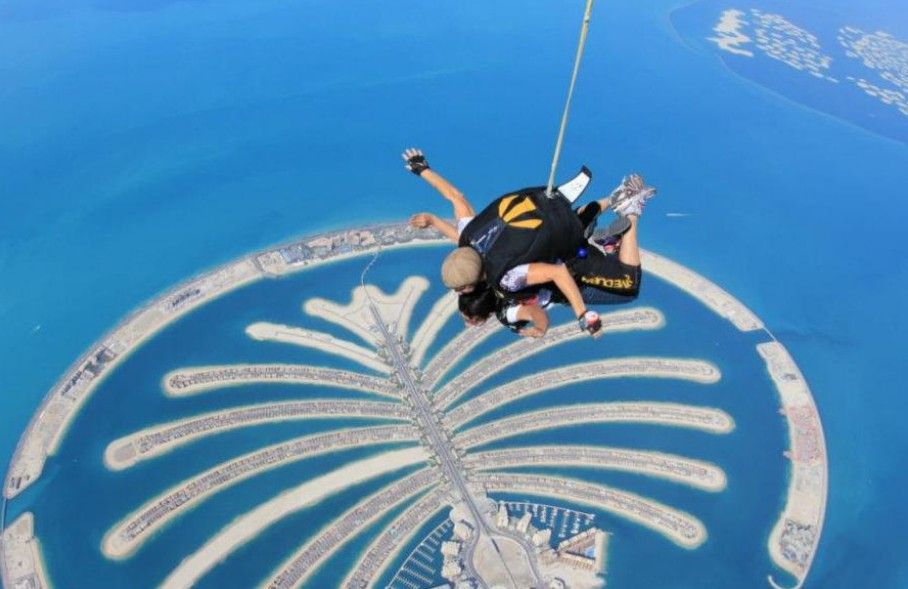 There are a lot of activities that a person can engage in to get their blood pumping and adrenaline surging. From racing fast cars to touching a Great White to taking part in the Spanish bull runs, humans have always had a passion for chasing down the dangerous.

But skydiving is in an entire league of its own and is usually only performed by those that have exhausted other means of getting their adrenaline fix.

And while skydiving certainly does come with some inherent danger, for many the pros outweigh the cons. Not only does it give a person the chance to try something new and exciting, but also to see the world from a completely different viewpoint. It’s always a great way to see just how beautiful the world is from in the sky, which is why skydiving in these following regions is highly recommended.

The Swiss Alps are considered one of the most beautiful mountain ranges in the world, and not only are they available to climb, but it’s also possible to skydive above them and see them from the top of the world.

Not only are the mountains themselves truly spectacular, but there’s also the chance to see the famous Lakes Brienz and Thun, which sit in front of peaks such as Jungfrau and Eiger. It’s a unique area with breath-taking views and one that any self-respecting skydiver will want to check out at one point or another.

Found in the African country of Zambia, the Victoria Falls are part of the incredible Zambezi River which splits Zambia from Zimbabwe. It’s one of the most beautiful parts of the world, offering a one-of-a-kind, authentic African experience.

The experience is like no other, and it’s possible to take jumps from as high up as 10000 ft, although lower jumps are genially offered, too. Regardless of the height, Victoria Falls is known throughout Africa and it’s something that anyone should try and see.

Mount Everest is known around the world as boasting the very tallest mountain peak, but the mountain range also offers unforgettable views and an experience that’s difficult to match.

While it’s common for people to attempt to hike up to the top of the mountain, it might be easier to skip the middleman and hard work and instead fly up and dive down above it. There are two base camps available to land on around the mountain, each offering difficult altitudes and prices.

Hawaii consists of a set of islands that can be found close to the United States and has become a tourist hotspot over the last few decades.

Made up of gorgeous islands packed with jungles, volcanoes, wildlife, and large cities, it’s a great place to spend some time on vacation, from chilling on the beach with a few drinks and the latest from https://canadianonlineslots.net, or heading out to the plane and skydiving over the islands. SkyDive Hawaii is the oldest skydiving companies in the region, offering diving from as high up as 20000 ft.